I recently wanted to reinstall my trusty old Linux workstation with Debian 10. I imagined this would be a straight-forward thing to do. Just download the ISO and flash it out to a USB stick and be off to the races.

As it turns out, some NUCs do not like modern USB sticks. After trying two or three different USB sticks I had laying around, none of them were picked up by the system (neither as booting devices or for flashing the BIOS). Since I bought a few “good” USB sticks last year, I gave away or threw away the “crap” ones…the ones that the NUC would have accepted.

Since really needed to re-install the machine such that I could use it for some heavy Docker builds, I needed to come up with a workaround. This is when I realized that I could in theory install Debian using PXE boot. I was a bit hesitant at first, but then I ran across netboot.xyz. In short netboot.xyz is a boot image that allows you to select among a large number of distributions and tools. 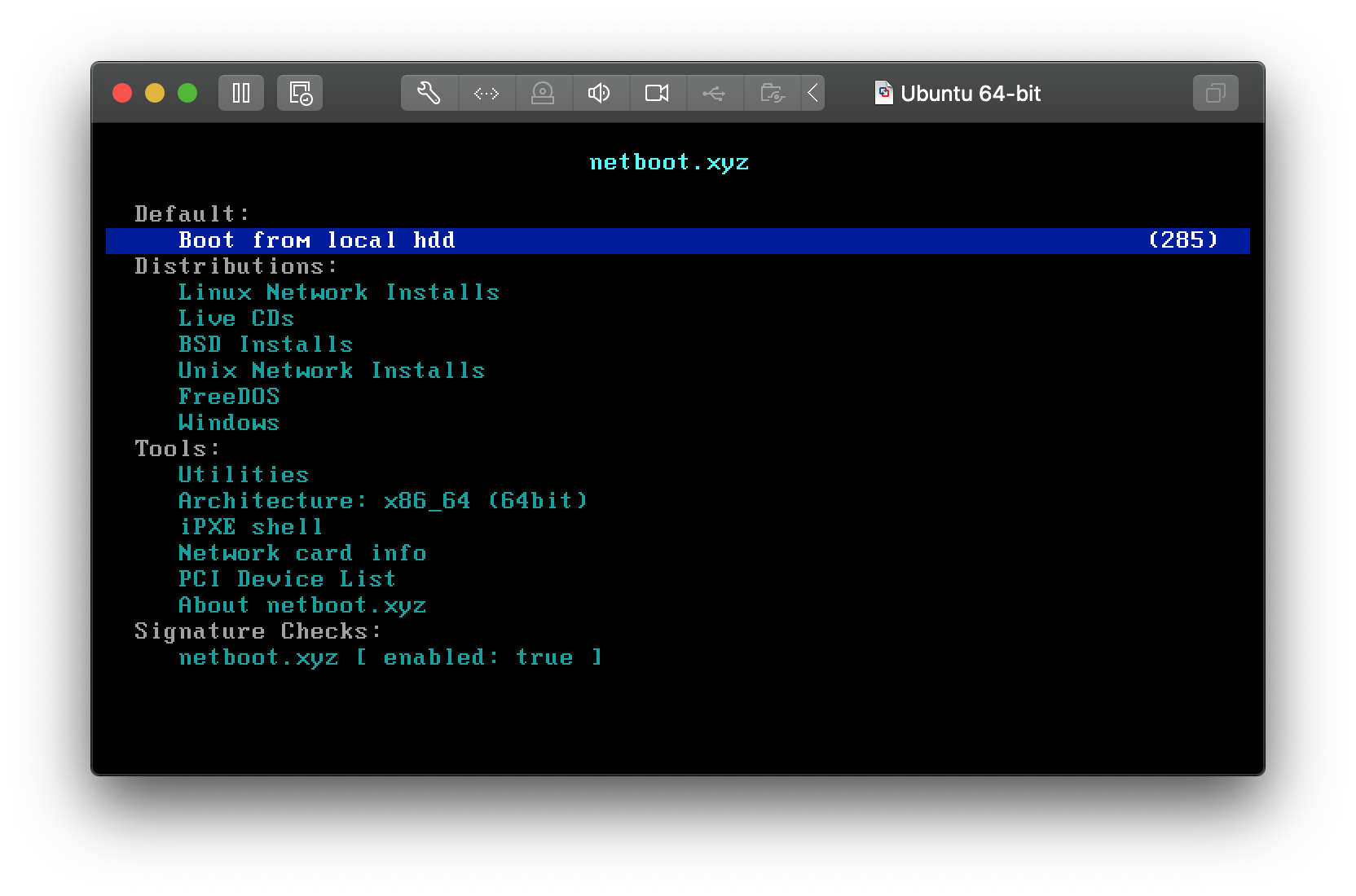 As it turns out, configuring PXE booting on my pfSense ended up being a breeze. Within a matter of minutes, I was able to boot my NUC into the Debian Buster installer. As a bonus, I’m also able PXE boot VMs instead of having to download ISOs.