Yesterday I had to hand in my almost new MacBook Pro (Retina) for repair due to a broken logic board. This meant that I had to go back to my old laptop for a little bit.

In preparation for this, I dusted off my old MacBook Pro this weekend so that I would have something from in the meantime. Since it was due for an upgrade, I decided to install the Yosemite beta on it just to give it a try. After getting everything up and running, I did however notice that the laptop was rather unresponsive and sluggish. 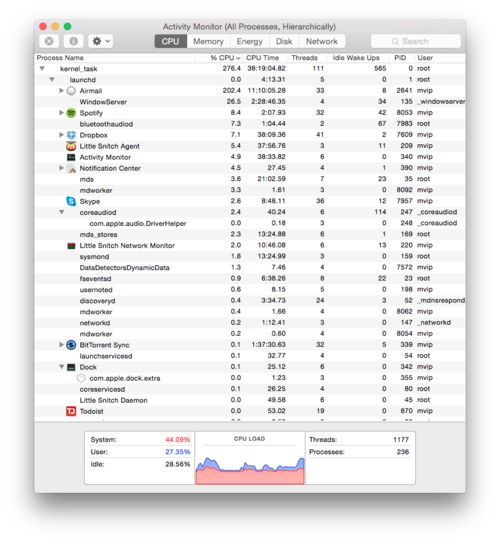 Spending a few minutes on thy mighty Google, I found multiple other people who were having similar issues across Mac models and OS X versions.

It appears that in case there is something wrong with the Mac, there is a chance that kernel_task will completely trash your system. For me, it was likely caused by a broken sound card.

Since I was getting pretty desperate, I decided to try Rhys Oxenham’s suggestion, and simply disable the kernel extension for the particular model.

As crazy as this may sound, it did indeed do the trick. My laptop is now a lot more responsive, and kernel_task is no longer consuming my entire CPU.

Rhys’ page includes a lot more details, but in summary, here’s what I did:

After moving the file above and rebooting the system, things looked a lot more sane. 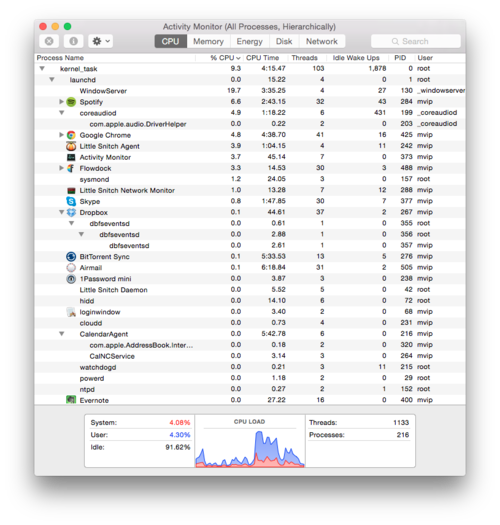 Please note that this is risky business and there might be side-effects. It did do the trick for me, but I don’t take any responsibility for damaged hardware. It’s all on you.

Update: After about a week, I can confirm that this had no negative impact at all as far as I can tell. Battery life and performance was improved.

Update 2: Since El Capitan was released, a lot of people have been having issues applying this fix. Since it is a bit different, I’ve published a new post that covers how to do this on El Capitan: How to fix kernel_task CPU usage on El Capitan.