Today I got my hands on the new Raspberry Pi 3 Model B+. One of the most notable new features is Gigabit Ethernet. Given that the Raspberry Pi still uses the USB 2 interface for the Ethernet controller, I was curious to see what kind of bandwidth it could handle (I know the MagPi already published this, but I wanted some independent numbers). To do that, I setup a simple experiment:

For the test, I used the classic network testing tool iperf.

So how did it go? Turns out that it is almost three times as fast. It is nowhere near full Gigabit speed, but it is still a nice performance improvement. 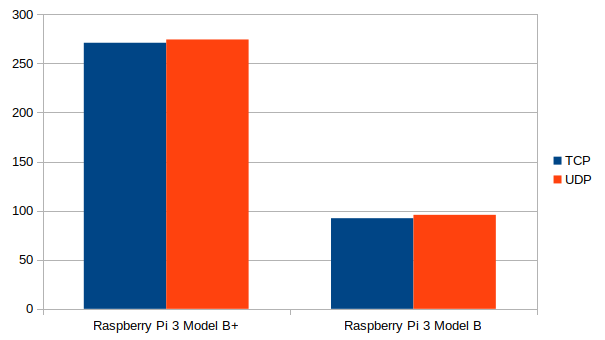 The data is in Mbits/sec. You can find the raw numbers here.